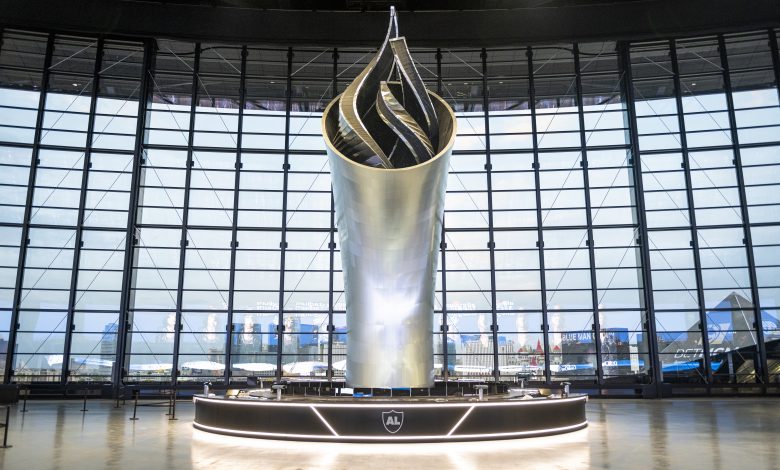 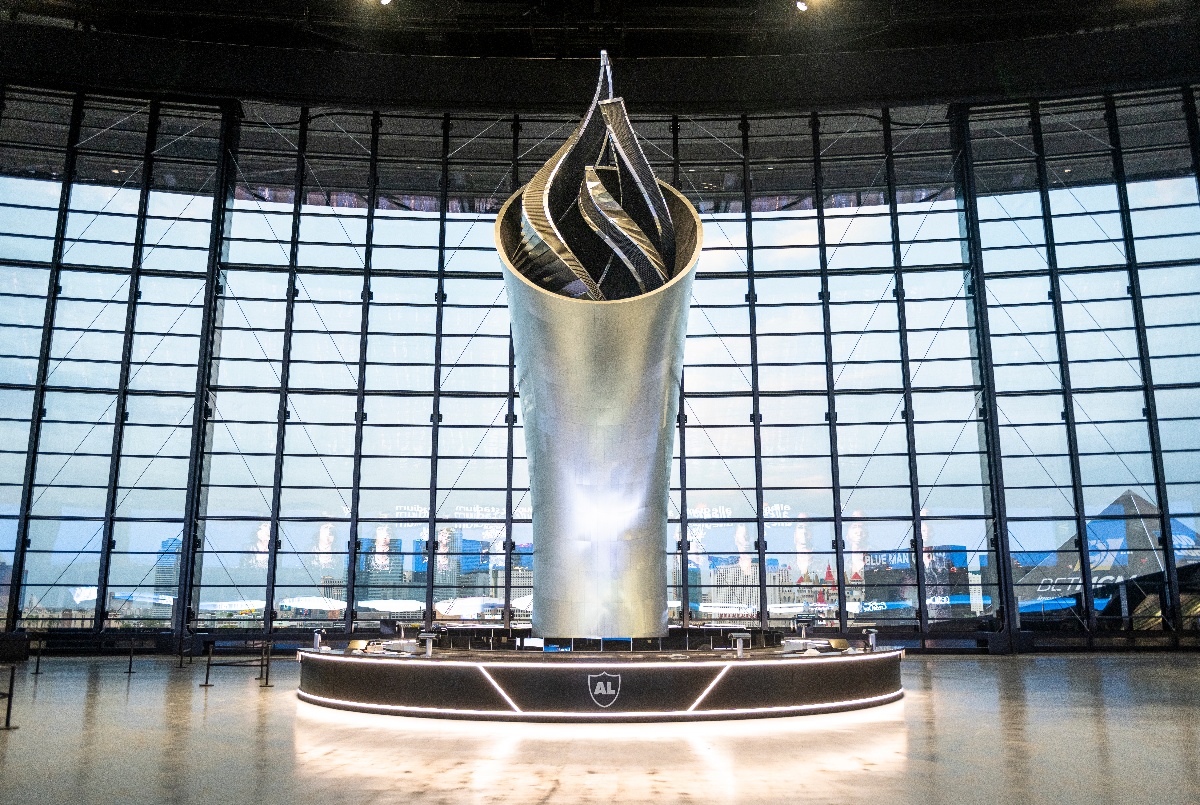 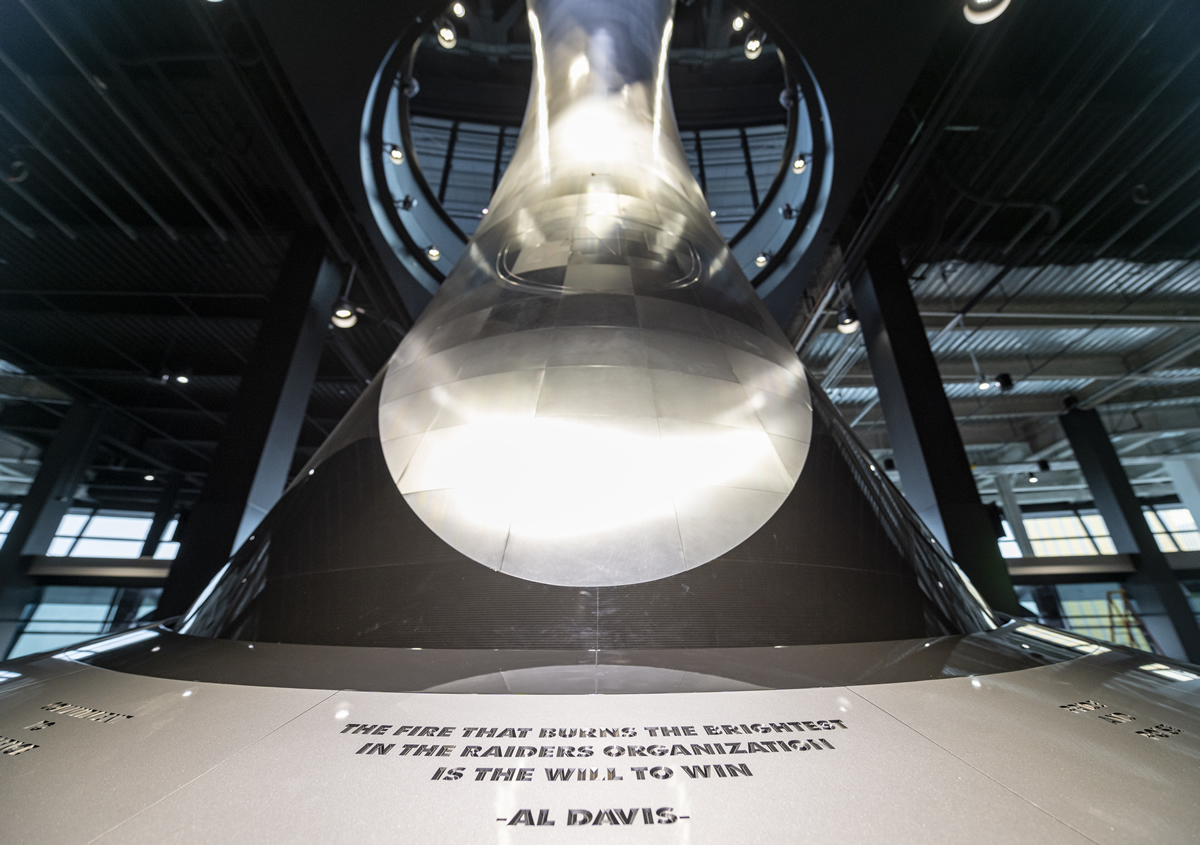 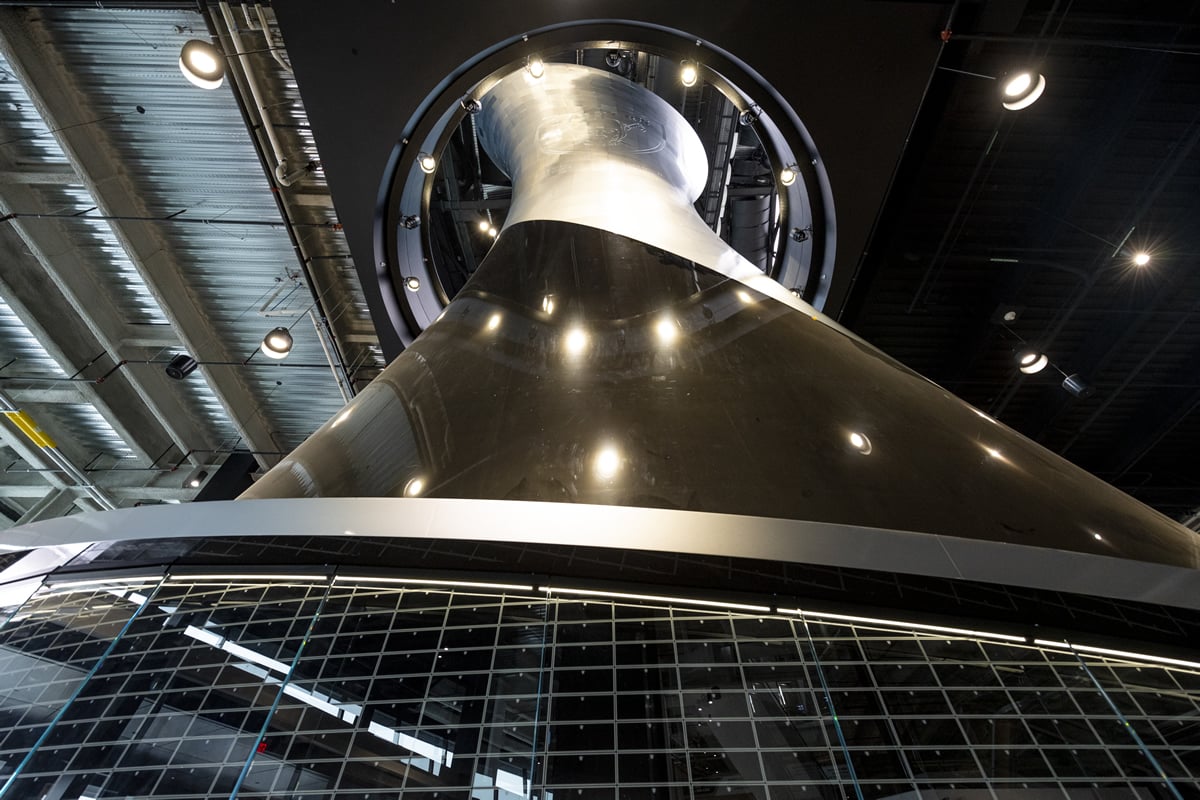 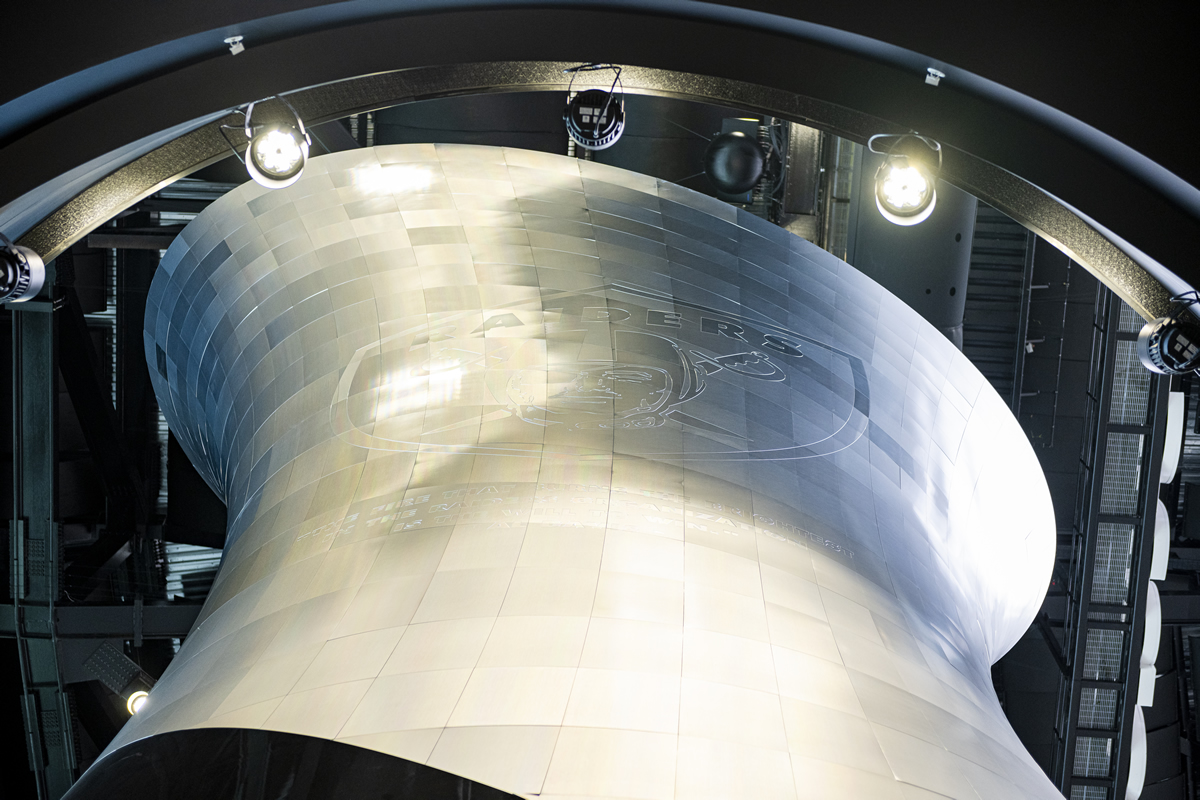 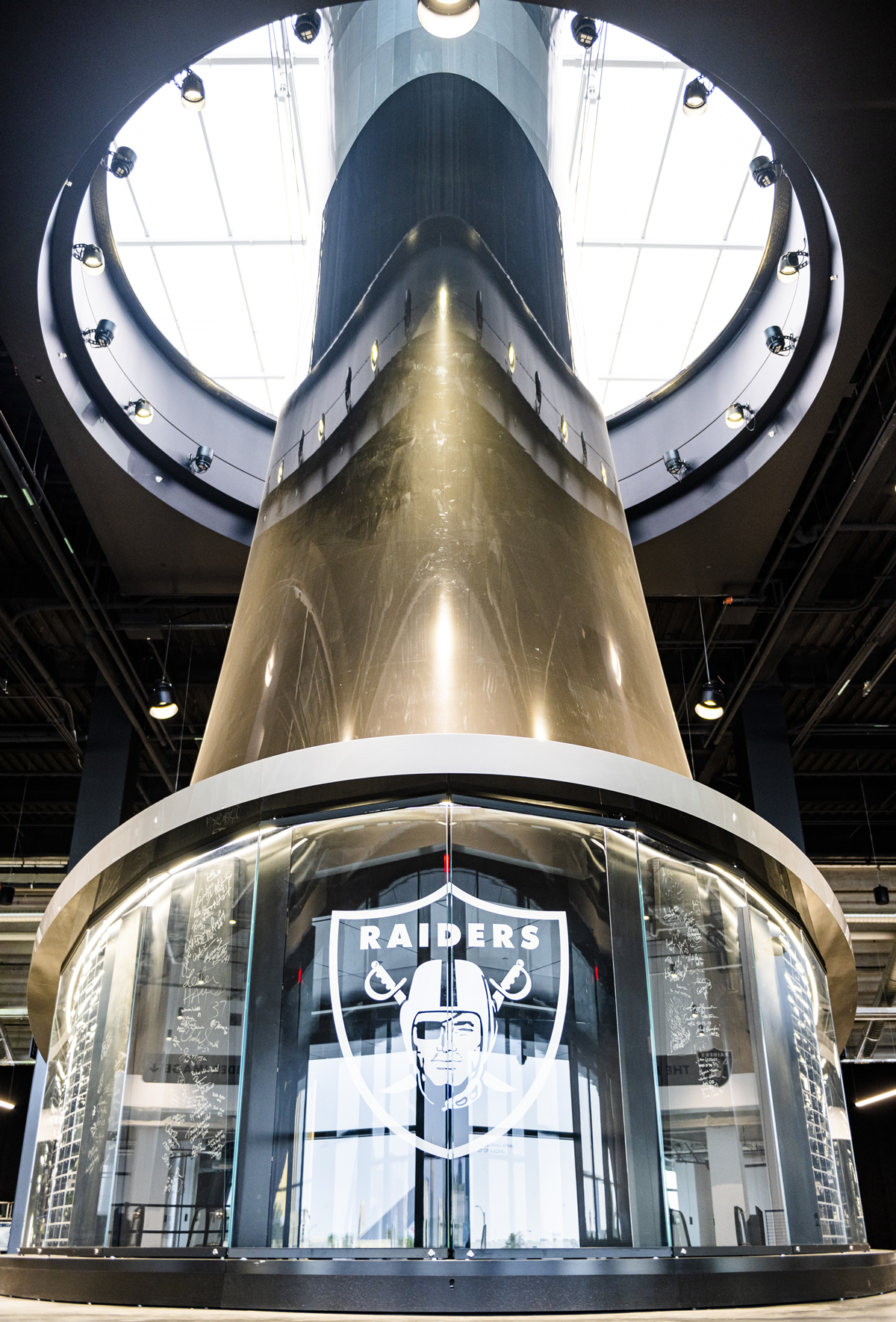 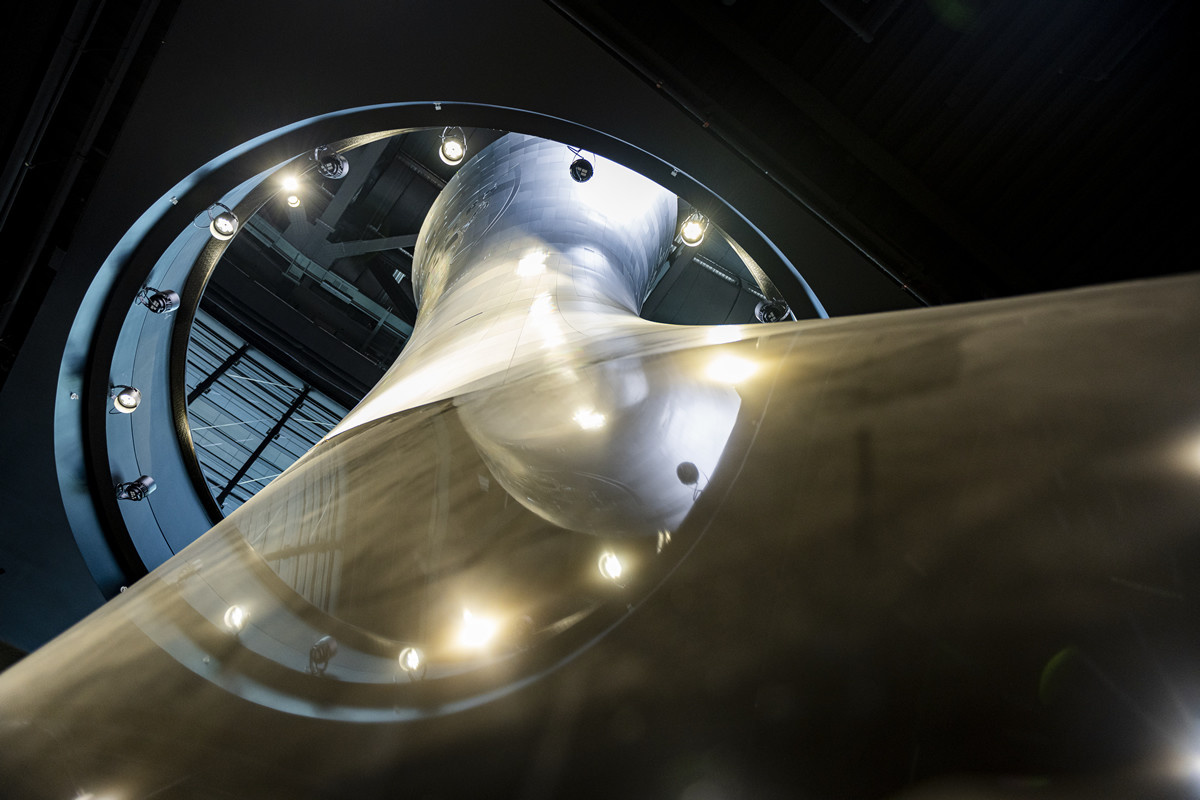 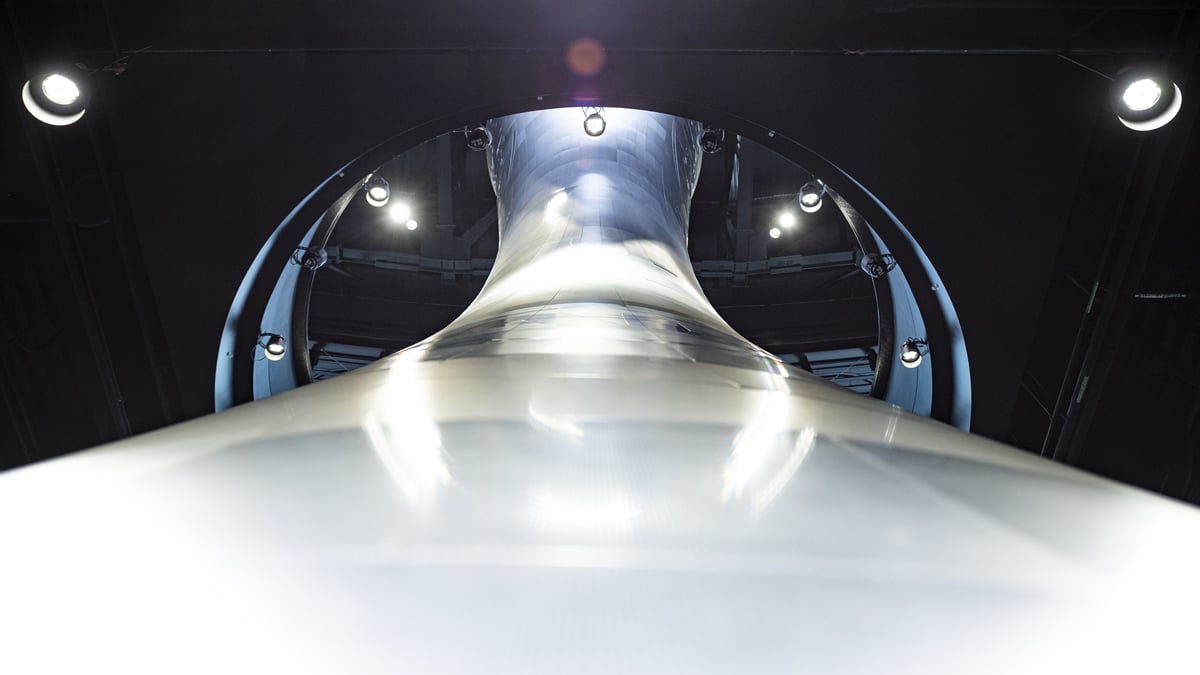 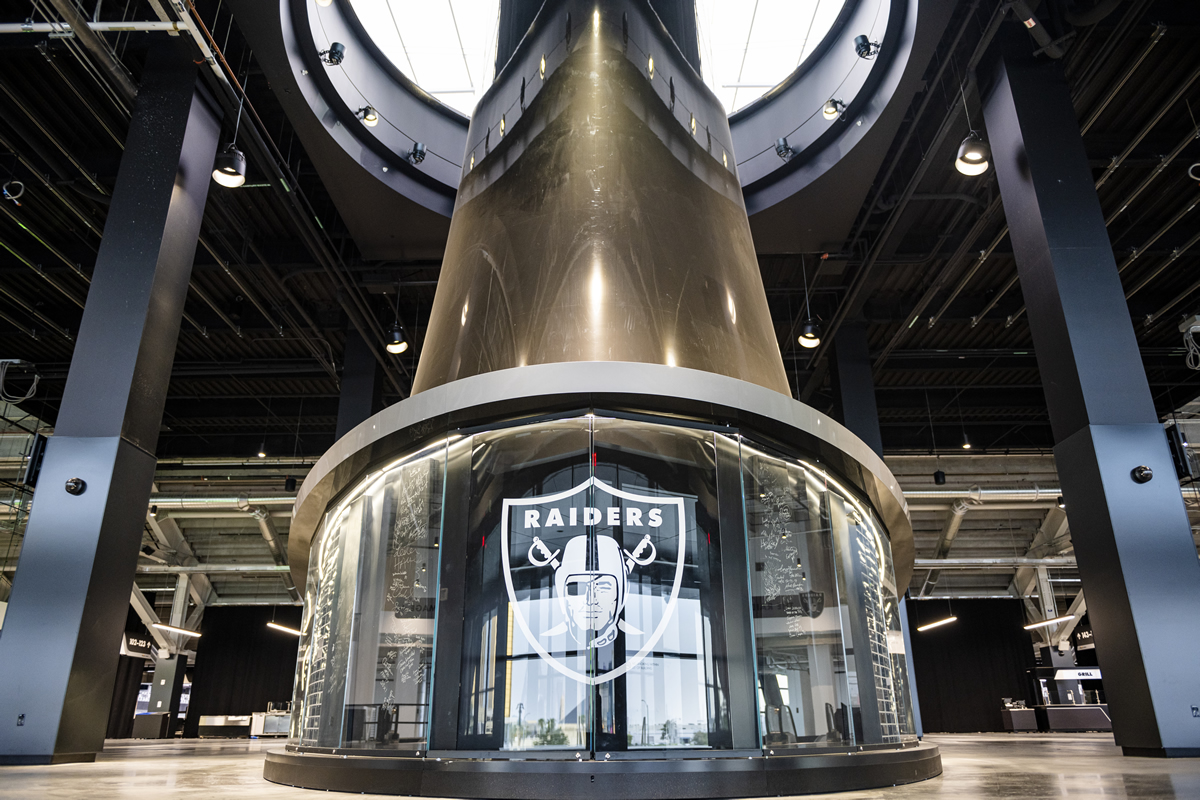 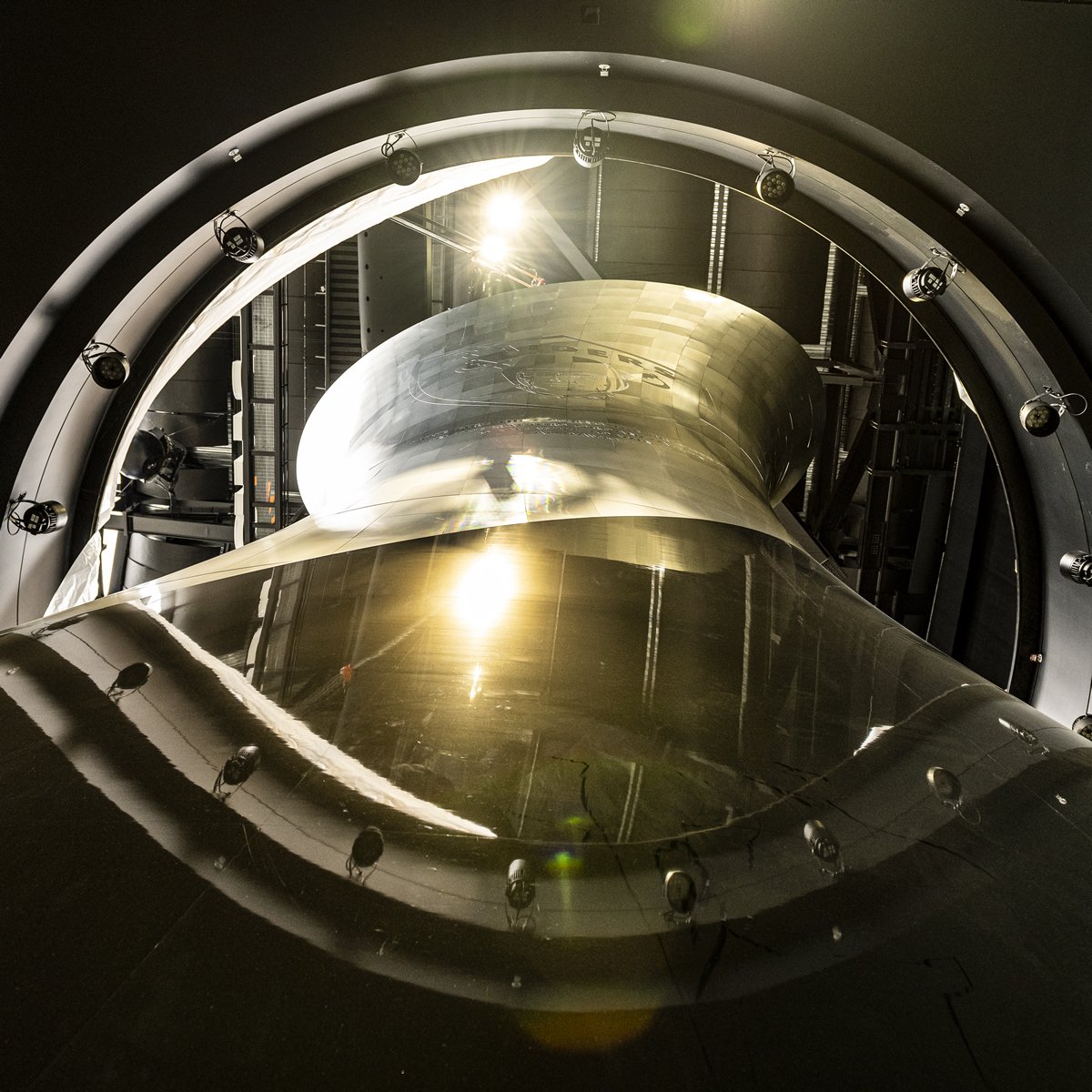 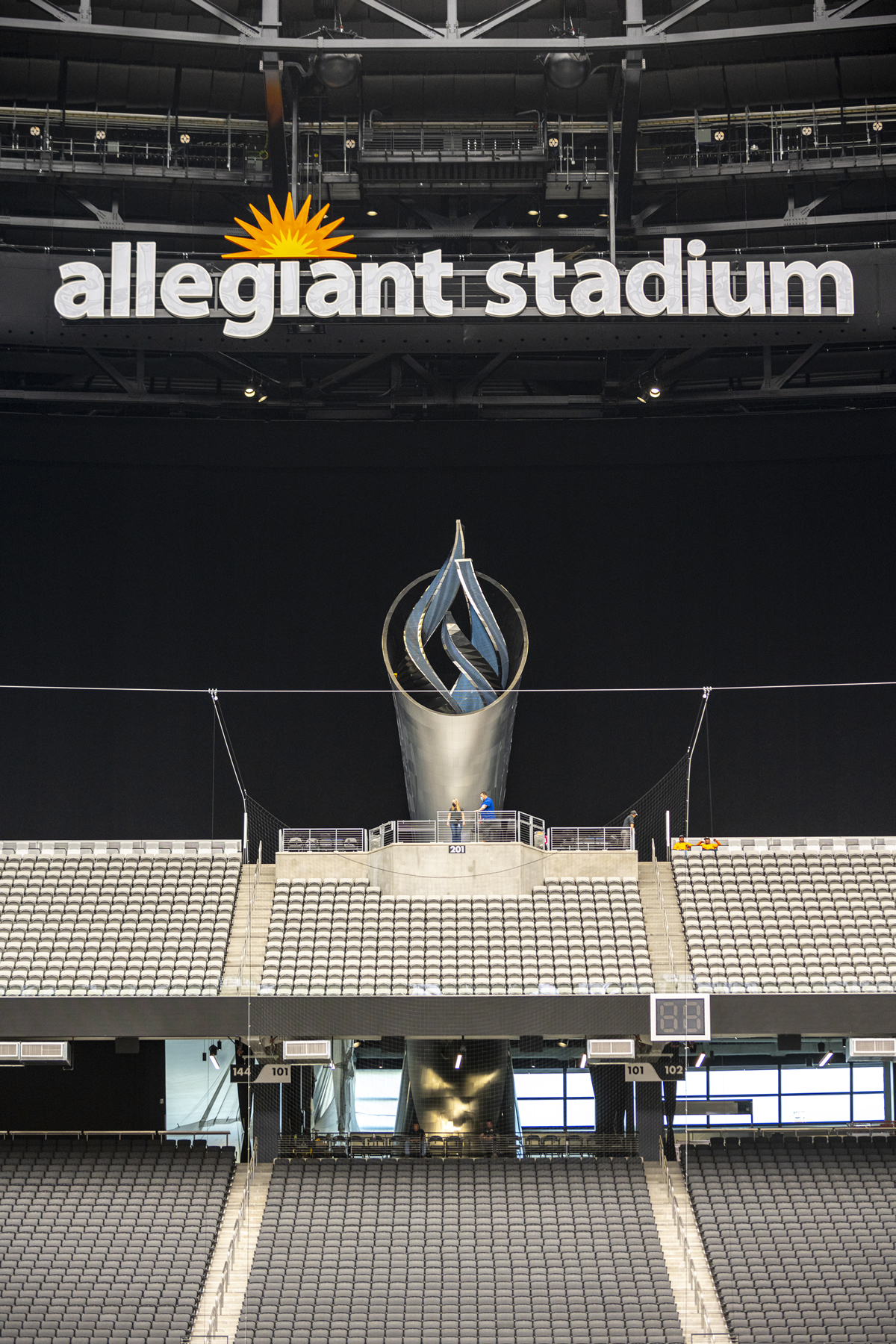 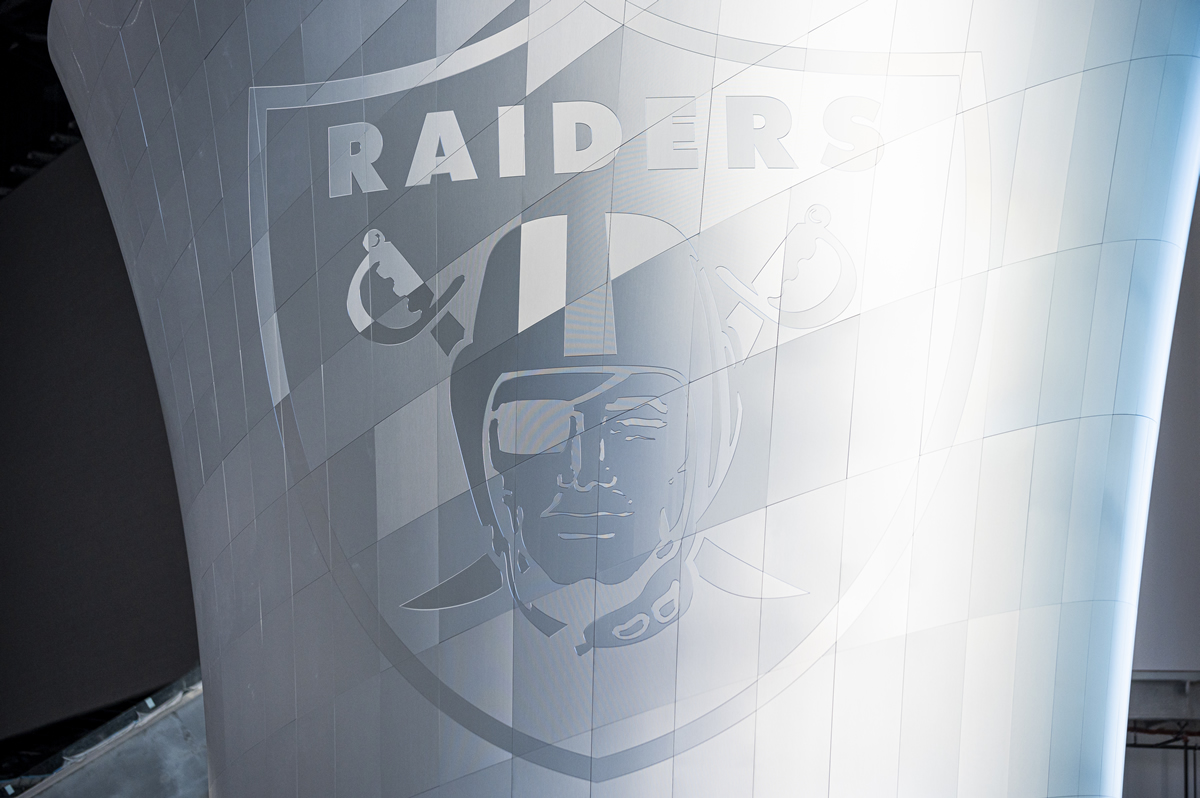 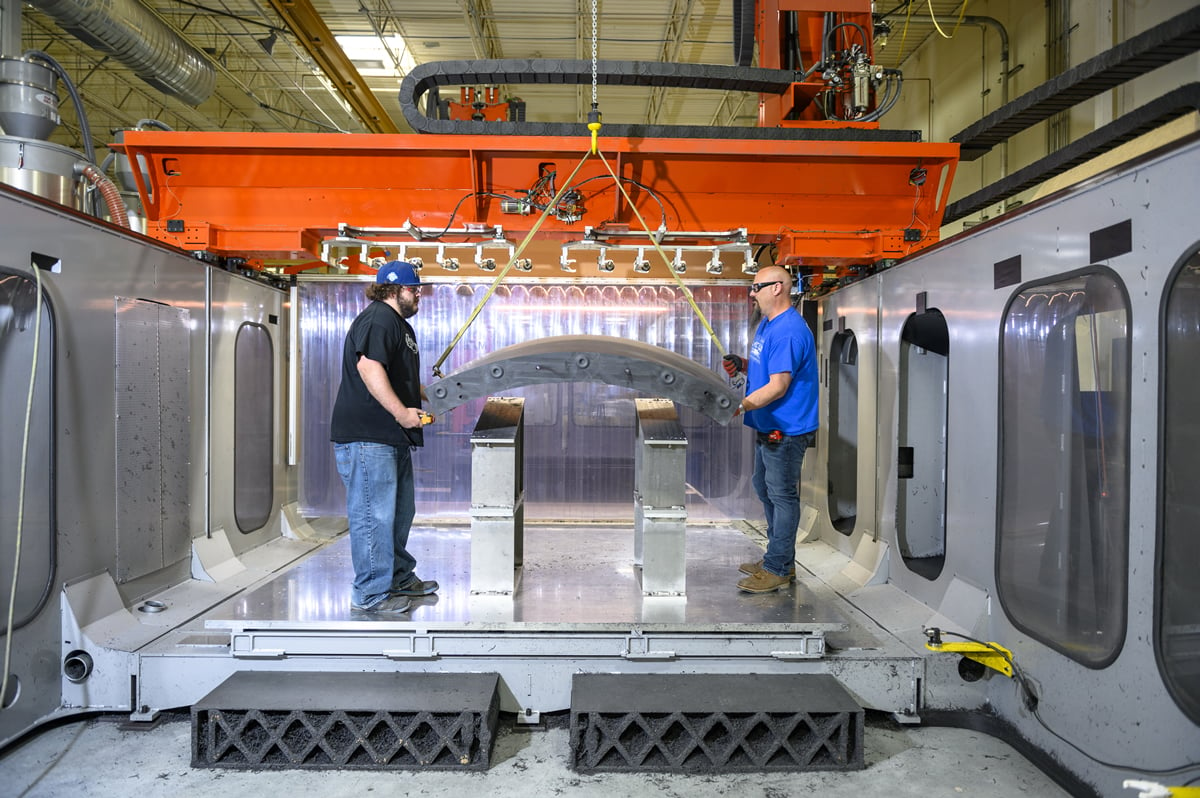 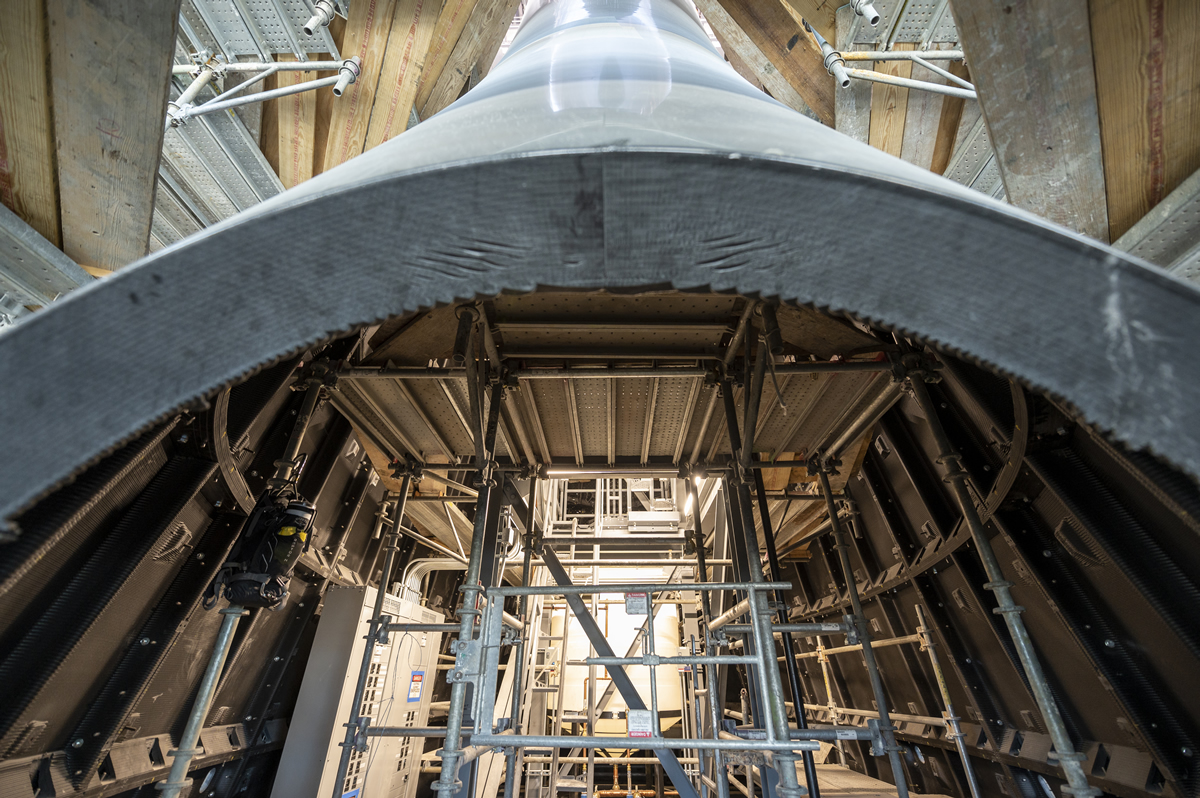 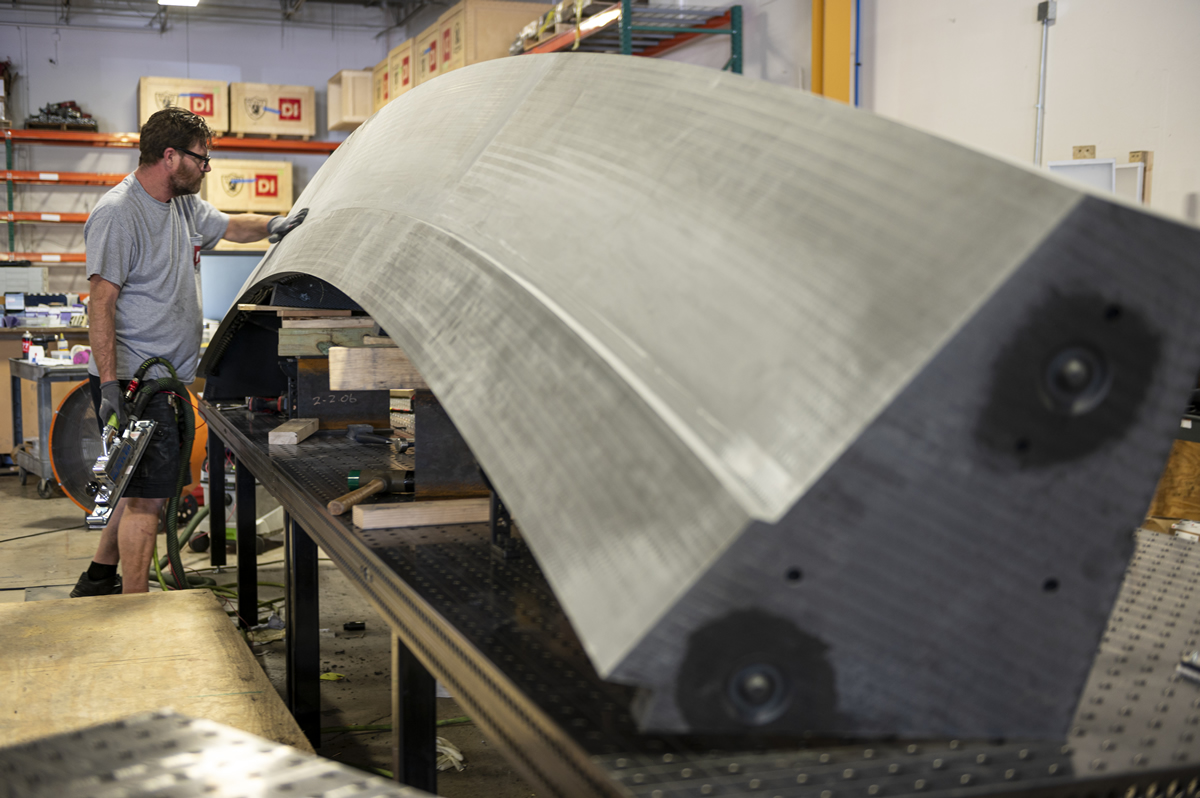 The big news in additive manufacturing today is the unveiling of the 93 foot tall, 3D printed Al Davis commemorative torch at the Las Vegas Allegiant Stadium, new home of the Raiders NFL team. What is not apparent is the immense amount of new, cutting edge technology that was required to make something like this.

Dimensional Innovations of Overland Park, Kansas developed a unique way of simulating flames using a mix of light and fog. It is quite realistic so they were asked to build a commemorative torch, which would be the tallest 3D printed structure ever made, even though they were not experienced in large scale 3D printing. Dimensional Innovations was, however, a longtime CNC router customer of Thermwood Corporation who, in addition to making CNC routers was a leader in the relatively new technology of really large 3D composite printing. 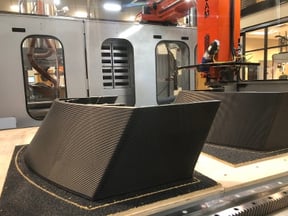 So Dimensional approached Thermwood to see if this might work. On the surface, it looked feasible, but they decided to print some full size test panels first, using Thermwood’s demonstration machine. Most of Thermwood’s business prior to this was in printing large high temperature molds and tooling for aerospace companies. The largest structure made on their equipment prior to this was the chassis of an autonomous bus and some concrete forms. This was much larger.

The test panels looked promising but would a carbon fiber reinforced composite structure of this size be structurally solid and strong enough? To answer that question they turned to Purdue University’s Composites Manufacturing and Simulation Center. During development of Thermwood’s large scale additive manufacturing technology, Purdue worked closely with Thermwood and a Clinton Tennessee based polymer supplier called Techmer PM, which meant Purdue already had extensive data on structures printed on Thermwood's system using Techmer material.  Purdue proved that the torch could sustain the environmental (wind and heat) loads it would experience. They carried out an extensive analysis of the structural response of the torch and assisted the structural certification of the structure. 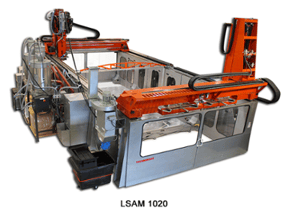 After the calculations and simulations, it was determined that Techmer's carbon fiber reinforced polycarbonate material would result in a structure that was more than adequate and was the ideal material to use.  At this point, Dimensional Innovations ordered a Thermwood LSAM 1020 (L-Sam- Large Scale Additive Manufacturing) system and a whole lot of polycarbonate.

Now it was time to print. This was a major test of a lot of new technology. Although Thermwood had already sold and installed quite a few of these machines, none would be pushed like this application. The machine would need to run almost continuously for the better part of a year, making good parts the entire time. 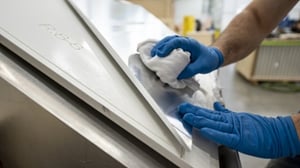 Thermwood has been building CNC equipment longer than anyone else and in all those years has learned how to make reliable systems. It worked; printing and machining 225 separate structures, no two the same, each weighing about 350 lbs. that fit together perfectly, using 100,000 pounds of composite polymer. This was quite an achievement. This was only the printing part of the torch. As it was assembled on site, 1148 formed and polished aluminum panels, again each one different were added to the 3D printed structure as an outside skin.

This was also a test of another new technology. Thermwood’s LSAM Print 3D software was used to generate the CNC programs needed to print the entire project. Again, this was the first time the software was used for something this extensive. It also worked.