Ken Susnjara, Thermwood's founder and CEO has taken forty years of experience as head of several companies in a number of highly competitive markets and distilled it into a 400 plus page book, "Entrepreneurial Skills".

This work tackles all the difficult aspects of running a company in a competitive environment from a fresh, unique and decidedly non-theoretical basis. The author pulls no punches in telling you what works, what doesn't and why. During the last forty years, Ken took his company and others through several industries, with several totally unrelated products. He dealt with thousands of both small and large customers, with the government, with foreign customers and foreign investors and with virtually every kind of financing option available. He lost and made millions using almost every financing vehicle available, including public stock and bond issues. During this time he went through several major crises where the survival of a company rested on the turn of a card, so to speak. And all this time he learned.

Now he has taken that knowledge and that experience and put it a book to try to help other entrepreneurs. He offers a fresh view of corporate structures, product positioning and pricing, competing and selling, how markets work, advertising, trade shows, internet marketing and relations with your employees. He clearly and boldly tells you exactly what he thinks works and what doesn't in today's business world.

Samples of the work are available at that site for free viewing so potential buyers can determine if these ideas and insights might just work for them. 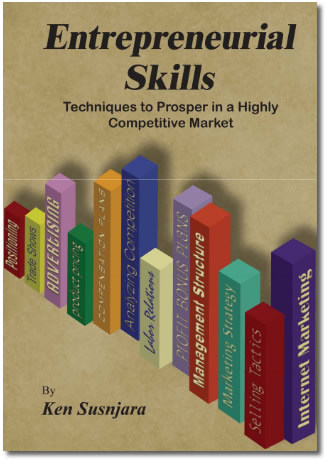