The Most Significant Technical Advancement Since Nested Based Manufacturing 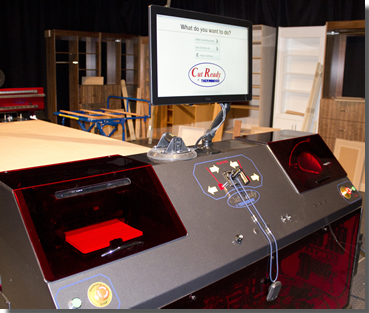 Do you realize that nested based cabinet technology was first developed thirty years ago?

For technology, that’s ancient, and it really hasn’t changed much! It’s time for something new… something better… something easier… a lot easier

It’s called a “cut center” and it’s really different. It makes virtually everything a cabinet shop needs, but there is no programming. That’s right, no computer, no software and no programming…none….EVER !

The amazing thing about this machine is that it can be run by just about anyone, no special training, no special technical skills. This is manufacturing for the average person

Now cabinet shops can remain cabinet shops and not be enslaved by technology. It installs and you are in full production in a couple of hours.  It can be run by your current folks and make you a ton of money