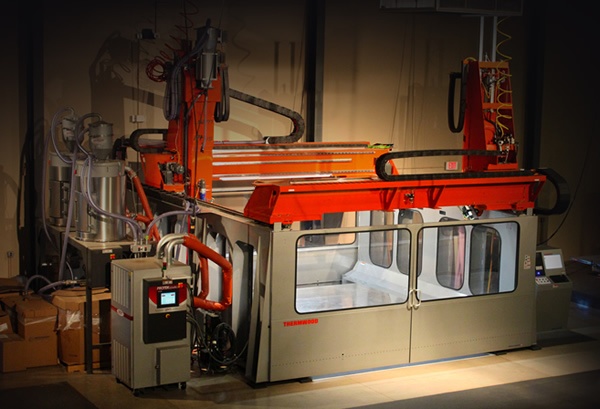 First the part is 3D printed, layer by layer, to slightly larger than the final size, then it is trimmed to its exact final size and shape using a CNC router. The process operates in free space and does not require molds or tooling. 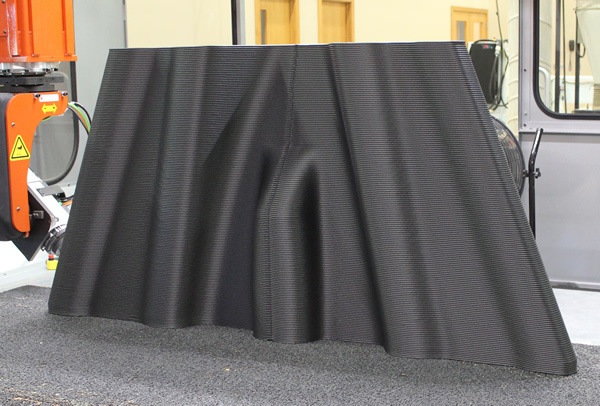 Thermwood’s target market for this new equipment is the production of tooling, masters, molds, fixtures, patterns and plugs for a variety of industries including aerospace, automotive, boating, foundry and thermoforming. In addition, Thermwood believes it will find additional applications as various industries become aware of the substantial benefits of large part additive manufacturing. For tooling, the primary benefits of this approach are a substantially lower cost and a dramatically shorter build cycle.

Print and Trim on the Same Machine 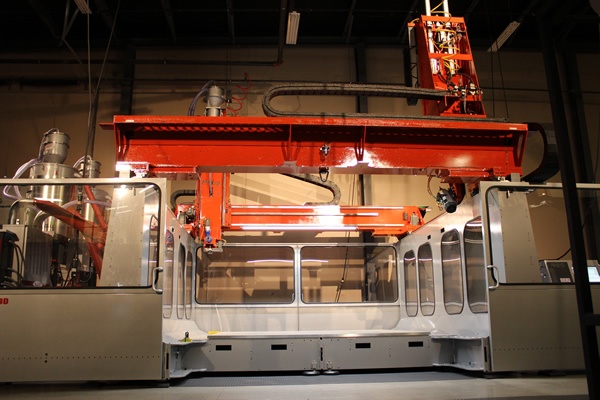 Thermwood’s high wall, overhead gantry LSAM machines feature a ten foot wide, five foot high work envelope. Length of the work envelope can be as short as ten foot but as long as 100 foot or more. Machines include both a print gantry and a second trim gantry which is actually a five axis CNC router. Both gantries operate over the entire table surface. With this configuration, all functions needed to make parts are performed on the same machine.

Thermwood’s print gantry features an advanced, Thermwood-developed, vertically-mounted PH Series print head that melts and precisely meters the polymer bead. It can process filled thermoplastic composite materials at temperatures up to 650 o F. Advantages of this unique triple servo design include a much more accurate print bead, the ability to change bead dimensions while printing, the ability to print at high output rates, better fusion between printed layers and a superior void free printed structure. 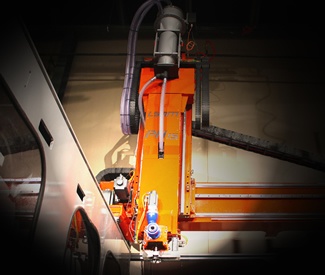 Thermwood currently offers the PH15 Print Head on it LSAM machines. The PH15 prints at rates up to 150 lbs/hr which Thermwood believes is the highest output rate available today. Although Thermwood believes the PH15 is appropriate for many current tooling applications, they are actively developing even higher output versions of the PH Series Print Head.

The size and typical geometry of parts to be printed, the number of part to be printed at the same time and the overall size of the machine will dictate how large a print head is appropriate. PH Series Print Heads include the ancillary systems required to dry and transport material from storage to the print head.

The trim or subtractive gantry is a five axis CNC router system equipped with a 12HP (3,000 to 24,000 RPM) Automatic Tool Change Spindle and a ten position automatic tool changer. The vertical Z axis stroke is enhanced, so that the router head can machine from the print table surface to a point completely over the top of a printed part. The machine is also equipped with an automatic tool length measurement system and Thermwood’s patented impact resistant head. The machine uses Siemens Intelligent Servo Drives throughout, for both printing and trimming. 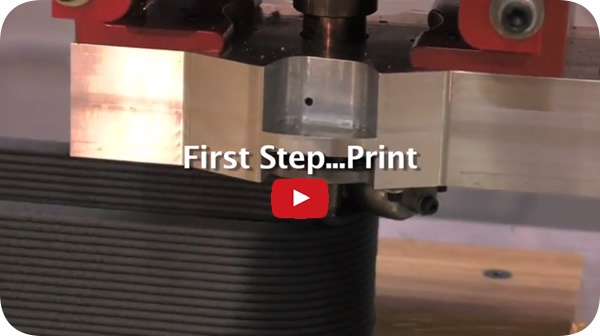 Each gantry has its own, free standing Thermwood high performance Q-Core CNC Control for movement. The print gantry also includes an integrated print head control to manage melt, pressure and metering functions. Special control functions, not normally part of a CNC control, have been developed to operate the servo drive print head and bead compression wheel. These functions automatically perform tasks that would otherwise need to be incorporated in the CNC print program. This simplifies 3D print programming.

“This is exciting”, says Thermwood’s founder and CEO, Ken Susnjara. “We are at the beginning of what appears to be a revolution in manufacturing and we look forward to the new challenges and incredible possibilities that this type of transformational change brings”. 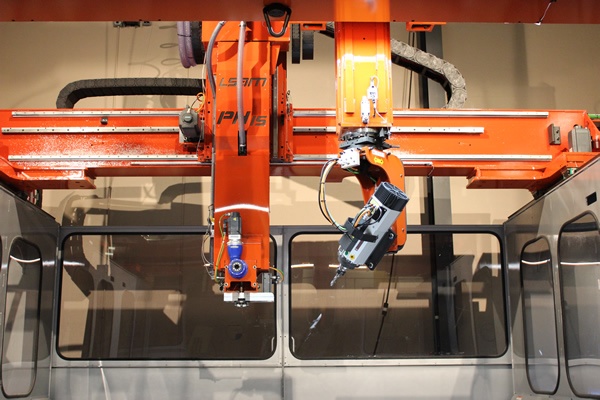