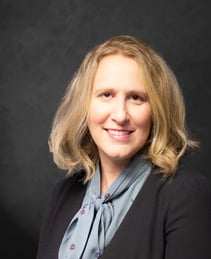 Thermwood Corporation is pleased to announce the appointment and promotion of Jennifer Watt as its Chief Legal Officer, Secretary and Vice President. In this role, Ms. Watt has oversight of all legal aspects of the company and its corporate governance.  Jennifer previously served as Vice President and General Counsel for the company.  Prior to joining Thermwood, Jennifer was an Associate with the Indianapolis based law firm of Kroger, Gardis & Regas and the Chicago based law firm of Leo & Weber.

Jennifer earned her J.D. degree from the Chicago-Kent College of Law and a Bachelor of Science in Business from the Indiana University Kelley School of Business.  She is a licensed member of the Indiana and Illinois Bar Associations.