The LSAM additive manufacturing system line is already the broadest in the industry with additive printers from a 5x5 foot table to large dual gantry print and trim systems up to 10x40 foot. Machines longer than 40 foot are available, but several 10x40 systems are the largest built to date. 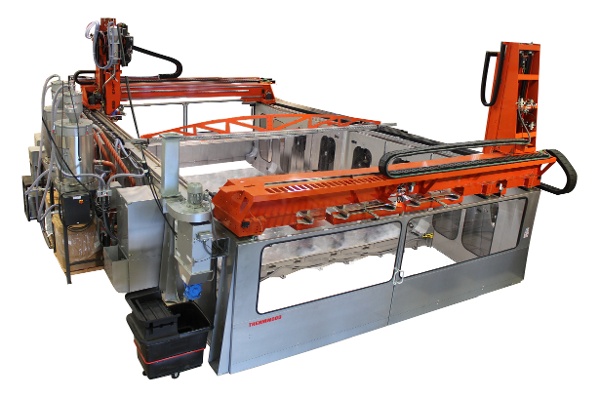 The new machines utilize the new wide gantry design that was first developed for Thermwood’s LSAM 1010. The LSAM 1010 has both a print head and a trim head mounted on the same gantry, hence the need for a wide gantry even though the table is only 10x10 foot. The dual head combination on the 1010 weighs over 7,000 pounds, requiring a significant engineered gantry structure. 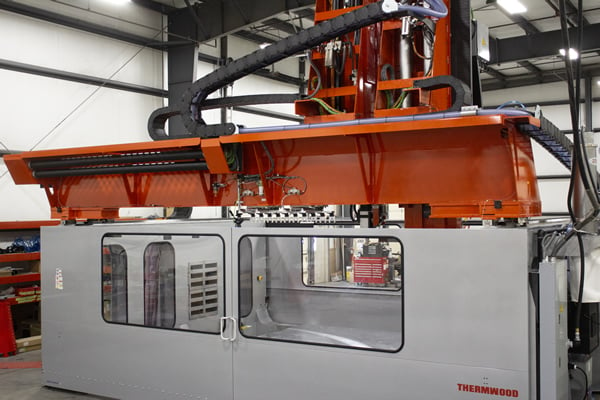 Larger Gantry shown on an LSAM 1010

The smallest table length available in the fifteen foot width LSAM is twenty foot, however, because of the modular design of the table and support walls, this length can be increased by ten foot increments. The most popular table lengths to date for the ten foot wide table LSAM machines have been twenty foot and forty foot. 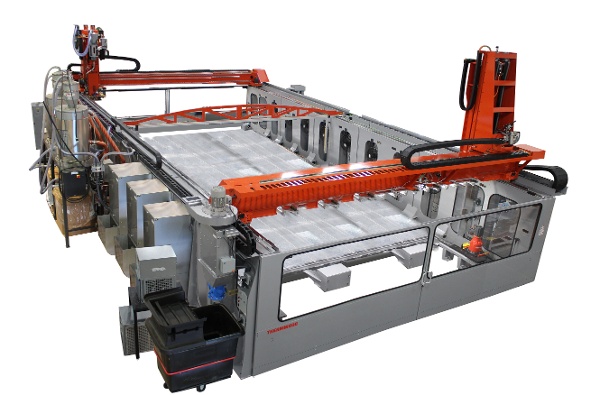 The new machines are equipped with all the advanced features of the entire LSAM line including the thermal sensor layer automation system which automatically controls bead temperature at layer fusion producing virtually perfect bonding between layers.

As the market becomes more comfortable with the capability and reliability of LSAM technology, the new sizes open interesting opportunities in areas where really, really large parts are needed.

Thermwood offers three print head options on various machines with maximum print rates of 100, 200 and over 500 pounds per hour. Although many believe that print rate determines how fast a layer can be printed, it is actually polymer cooling that determines how much time is needed between layers.

Print head output then determines how much bead can be printed in that time and thus how large a part that can be printed by that print head using that polymer. The Thermwood LSAM 60mm print head with 500 pound per hour maximum print rate can print the largest part layers possible today.